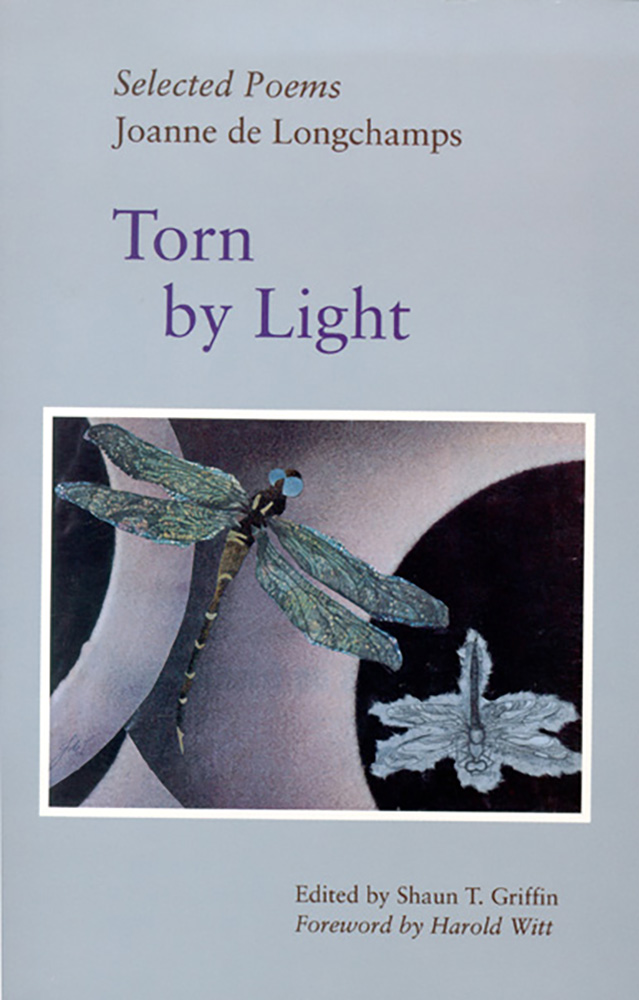 The first collection of Joanne de Longchamps's poetry and collages that spans her entire writing and artistic career. A gifted collage artist and published poet, de Longchamps is widely regarded as Nevada’s foremost poet of the 1960s and 1970s. Sadly, she died in isolation in 1983. She was quoted as saying "Nevada hardly knows me as a poet." Eight of the author's collages are reproduced in the book in black & white. Edited by Shawn Griffin. Foreword by Harold Witt.
Author Bio
Poet and artist Joanne de Longchamps (1923-1983) grew up in Los Angeles and studied art and music in France. She came to Reno in 1941 after marrying mining engineer Galen Edward de Longchamps. She pursued her interests in poetry and art at the University of Nevada, Reno, and began publishing artwork and poems in regional and national magazines and literary journals. Her paintings and collages were exhibited at local and regional shows. She received the Reynolds Lyric Award from the Poetry Society of America in 1954 and the Carolina Quarterly Annual Award from the University of North Carolina in 1959. She was appointed the first Walter Van Tilburg Clark Lecturer in Creative Writing at UNR in 1973 and received the Nevada Governor's Art Award for Literature in 1983. Her later work was influenced by the Second Wave Feminist Movement of the 1970s.
Reviews
"Joanne de Longchamps was a beautiful woman and a beautiful poet. Her last years were all agony, but she had the courage of a tigress and she prevailed. I am so grateful to have this gathering of her poems."—Carolyn Kizer
"Joanne de Longchamps was quintessentially Nevadan. Her carefully crafted lines reflect the spare, yet oxymoronically rich intensity of our landscape, our people, our culture. These poems are honest, intelligent, beautifully crafted." —Gailmarie Pahmeier
© University of Nevada Press
Design by BDG