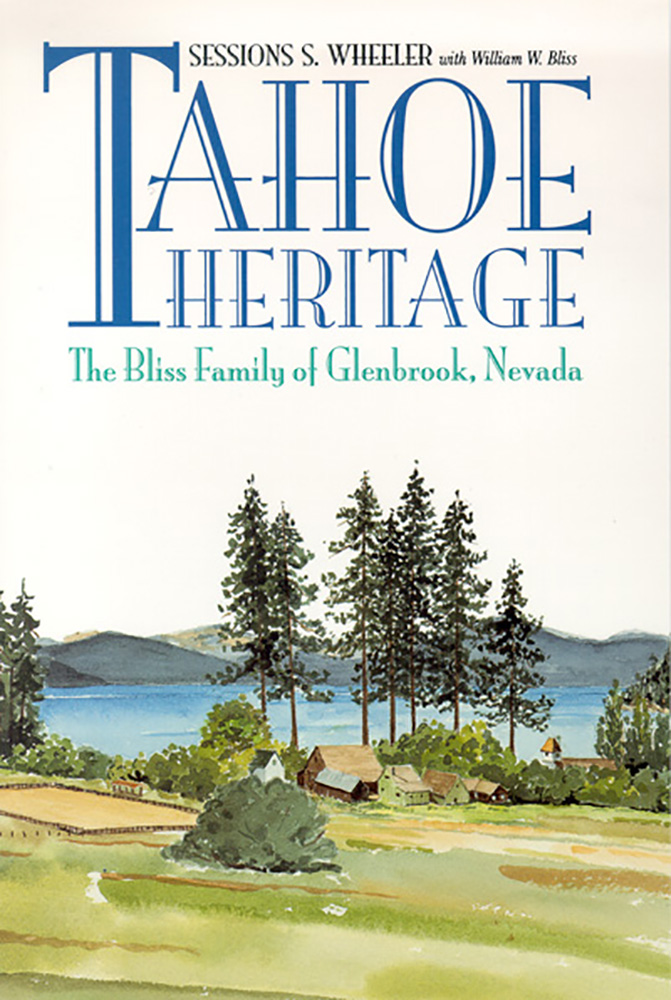 Tahoe Heritage is a lively chronicle of four generations of the pioneering Bliss family, beginning with Duane L. Bliss, a visionary who built an impressive lumbering business and later the renowned Glenbrook Inn. The inn was completed in 1907 and quickly became a destination for the elite of San Francisco. The hotel register contains the names of national figures who loved and frequented Glenbrook: Ulysses Grant, Joaquin Miller, Thomas Edison, Henry Ford, Clark Gable, and Rita Hayworth, to name a few. The Bliss family closed the inn in 1976. Anyone who has visited the Tahoe area, now a very different place from the idyllic days of Bliss family management, will enjoy this account of its growth and the remarkable family which brought it about.

Sessions "Buck" Wheeler (1911-1998) received his B.S. and M.S. degrees from the University of Nevada, Reno. He served as the first Director of the Nevada State Fish and Game Commission from 1947-50. As a writer, teacher and biologist, he received many awards and spent his life recording what he knew about his beloved Nevada.

A descendant of the pioneer family that first developed the community of Glenbrook at Lake Tahoe, Bill Bliss was the fourth-generation innkeeper at the Glenbrook Inn until it closed in 1976. He has become known in the last 15 years for his highly sought-after watercolors of Northern Nevada's rapidly vanishing historic buildings.

“In Tahoe Heritage we have a history of Glenbrook from its earliest days in the 1860s to its closing in 1976. Even more importantly, we have a chronicle of a remarkable family of larger-than-life figures with their roots sunk deep into living western history.” —Robert Laxalt