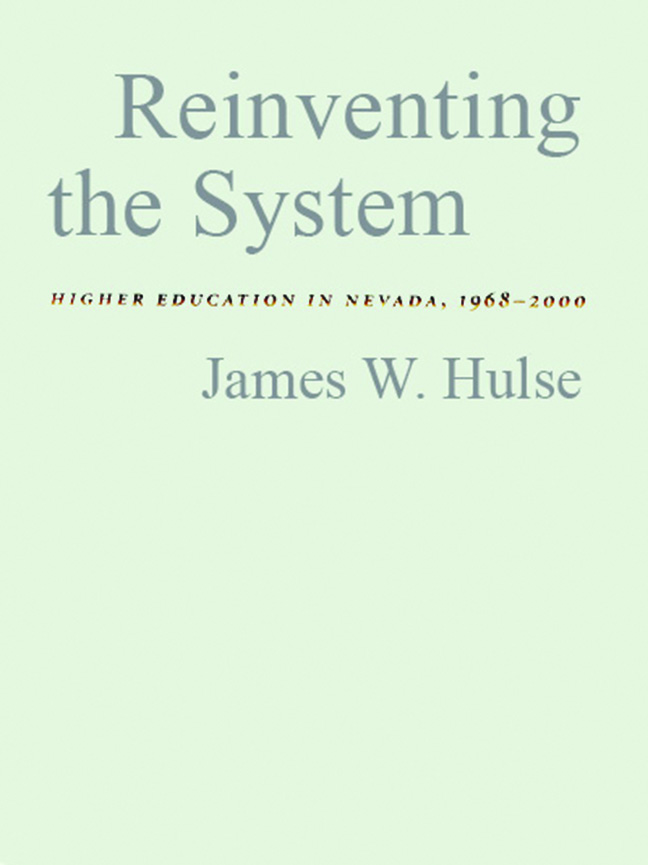 Since 1968, higher education in Nevada has undergone radical transformation because of the state's phenomenal population growth, efforts to diversify its economic base, and political tensions between north and south. In this meticulously researched and engagingly written account of the University and Community College System of Nevada, James W. Hulse, and contributors Leonard E. Goodall and Jackie Allen, review the causes of the widespread changes in the System, giving careful attention to the history of each institution and its administrators, and offer comments about the impact of each of these changes in the System overall.
Author Bio
A native of Pioche, Nevada, James W. Hulse is professor emeritus of history at the University of Nevada, Reno. He is the author of eight books.

Leonard E. Goodall is professor emeritus of public administration at the University of Nevada, Las Vegas, a campus he lead as president from 1979-1985. He is the author of two works on higher education and Nevada history.

Jackie Allen is a graduate of the University of Nevada, Reno, and a former staff member of the Desert Research Institute.
Reviews
“As only Hulse, a former newspaperman and author of eight books on European and American history, can do, the story of modern higher education in the state is not simply a linear survey of important names and dates. . . . Reinventing the System gives great detail to many of the personalities who helped shape modern higher education in Nevada, and offers a rare glimpse into an unprecedented period of expansion and prestige for all of the campuses associated with the University and Community College System of Nevada.” —John Trent, Nevada News, March 28, 2002
“This is a fine history, and the period under consideration was eventful on a large scale. The authors have done a solid job in covering a complex subject.” —Joseph N. Crowley
“Higher education has had a presence in Nevada since the late 1880s, but the late 1960s represented an epoch of change for Nevada higher education. This change is captured in Reinventing the System.” —Regents’ Review, March 2002
© University of Nevada Press
Design by BDG