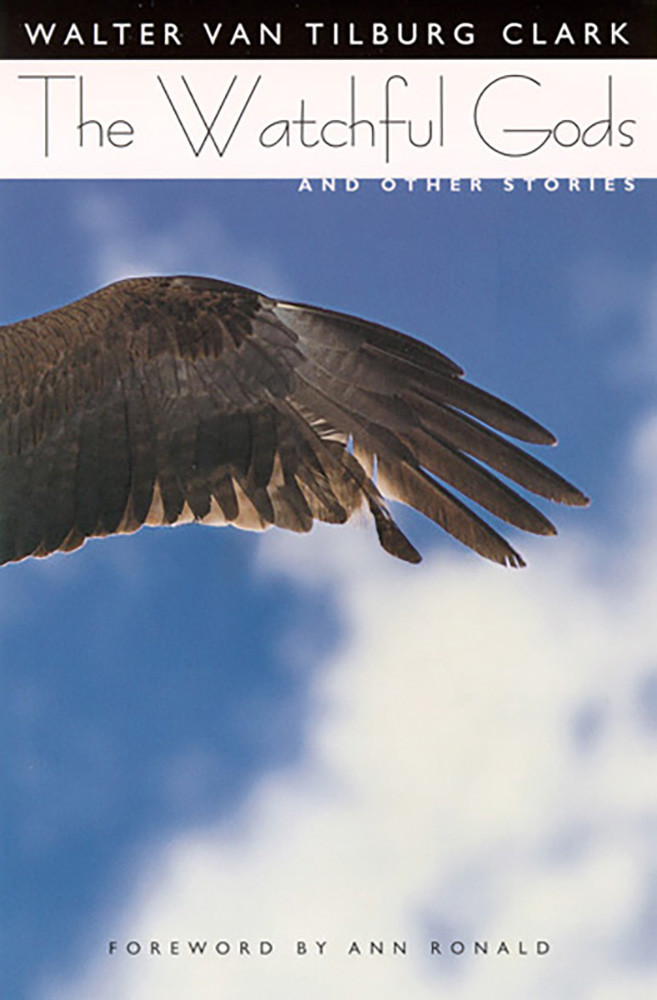 Watchful Gods And Other Stories
$19.00

Critic John R. Milton once said that Walter Van Tilburg Clark "did perhaps more than anyone else to define (in his fiction) the mode of perception, the acquisition of knowledge, and the style which we tend to call Western." In 1950, Walter Van Tilburg Clark, author of the acclaimed novel The Ox-Bow Incident, published a collection of short stories that had already won distinction in various national magazines. The collection was well received by reviewers, and subsequent critics have noted that these stories reflect both Clark’s literary power and the major concerns of his novels: the interior and intuitive complexities of good and evil, and the fragile, intricate web that connects humankind to the rest of the natural world.

A foreword by Ann Ronald, one of the West’s most astute literary critics, sets the stories into the context of Clark’s oeuvre and illuminates the way they reveal crucial characteristics of this writer’s imagination.

Author Bio
Walter Van Tilburg Clark, author of The Ox-box Incident , The City of Trembling Leaves, The Watchful Gods and Other Stories & The Track of the Cat, lived in Virginia City and is considered one of Nevada's most distinguished novelists. Born in 1909, he ranks as one of Nevada's most distinguished literary figures in the twentieth century, as well as a leading interpreter of the American West. Clark died in Virginia City, Nevada, in 1971.
Reviews
“Clark appears in this collection of his short stories as a sensitive and cultivated writer, as much at home with the knowledgeable outdoor men and their natural world as with intellectuals and academicians.... This unlikely but graceful combination seems to be responsible for a prose style that is wiry, masculine, and mature.” —The Nation
“One of the few distinguished ‘first collections’ to appear in our time comparable with such volumes as Hemingway’s In Our Time, Faulkner’s These Thirteen, and Eudora Welty’s A Curtain of Green.” —Saturday Review of Literature
© University of Nevada Press
Design by BDG