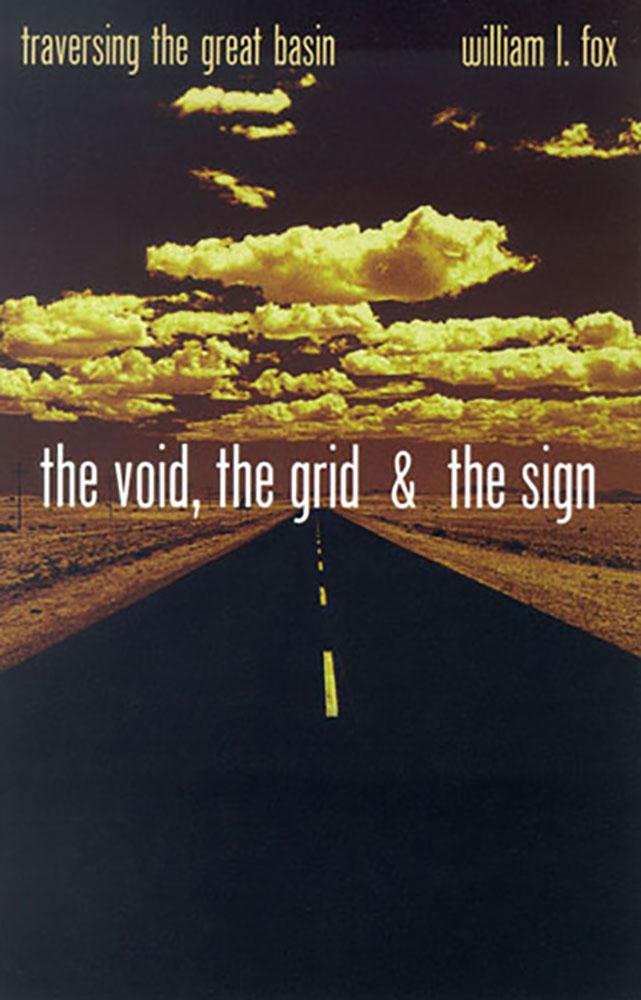 This is a story that few know, but those who do are its disciples. The story, of the highest and driest of all American deserts, the Great Basin, has no finer voice than that of William Fox. Fox’s book is divided into the three sections of the title. In “The Void,” he leads us through the Great Basin landscape, investigating our visual response to it—a pattern of mountains and valleys on a scale of such magnitude and emptiness and undifferentiated by shape, form, and color that the visual and cognitive expectations of the human mind are confounded and impaired. “The Grid” leads us on a journey through the evolution of cartography in the nineteenth century and the explorations of John Charles Frémont to the net of maps, section markers, railroads, telegraph lines, and highways that humans have thrown across the void throughout history. “The Sign” wends us through the metaphors and language we continue to place around and over the void, revealing the Great Basin as a palimpsest where, for example, the neon boulevards of Las Vegas interplay with ancient petroglyphs. In this one-of-a-kind travel book that allows us to travel within our own neurophysiological processes as well as out into the arresting void of the Great Basin, Fox has created a dazzling new standard at the frontier of writing about the American West. His stunning and broad insight draws from the fields of natural history, cognitive psychology, art history, western history, archaeology, and anthropology, and will be of value to scholars and readers in all these subjects.
Author Bio
An independent scholar, a cultural geographer, an essayist, a poet, a travel writer, William Fox consistently brings together unexpected fields of knowledge in order to illuminate the subjects at hand. He has been an arts consultant, curator, and visiting scholar at the Getty Research Institute. He has written widely on the nature of deserts and the role of the arts in American culture. He is the author of numerous articles and books. He lives in Burbank.
Reviews
"An engaging book, full of lucid theories about the stories and misrepresentations that we build around foreign landscapes." —Threepenny Review
"…A creative and penetrating look … Fox’s work is fascinating, studded with rich deposits of fact, revelation, and speculation." —Western American Literature
© University of Nevada Press
Design by BDG