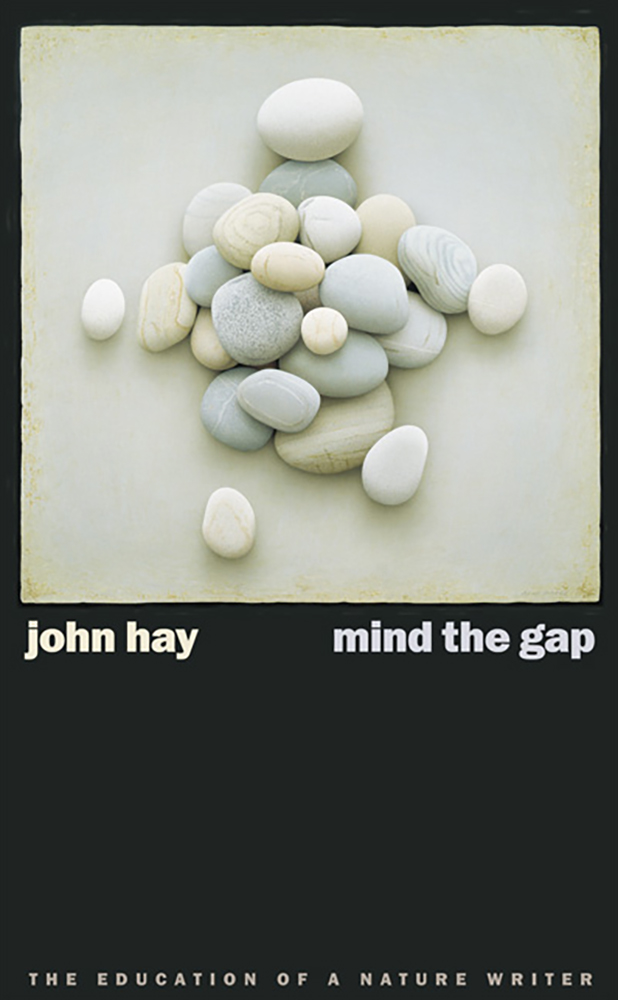 Mind The Gap
The Education Of A Nature Writer
$15.95

John Hay has been acclaimed as one of the most significant contemporary nature writers and environmentalists. In Mind the Gap, an autobiographic memoir and a passionate commentary on our place in the natural world, he retraces the paths that led to his career and explores the literary and environmental influences that shaped his interest in nature. Born into a respected old New York family, Hay grew up in upper-class Manhattan and rural New Hampshire, between the rigid proprieties of society and the delicious freedoms he discovered during his outdoor adventures. Travel, education, and his own sensitivity and curiosity helped to open the world to him. Shortly after World War II, he moved to a desolate, sandy lot on Cape Cod. Much of the book deals with his life in a small rural community on the Cape, addressing such subjects as the annual herring spawn, resident and migratory birds, local wildlife, his human neighbors, and the complex rhythms of life in this region of wind and sea. Hay’s closely observed descriptions of his surroundings support his insightful comments on nature and our relationship to it. He warns us that “in setting ourselves apart from the rest of living creatures, we fall victim to our own ice-bound conceit. It is only in sharing that we know anything at all.” Hay shares his knowledge generously, and as readers we are thereby enriched. Available in Hardcover and Paperback.
Author Bio
John Hay is the author of more than seventeen books, including The Run, first published in 1959 and acknowledged today as a classic in nature writing, and The Great Beach, awarded the John Burroughs Medal in 1964. Named Conservationist of the Year by the Massachusetts Wildlife Federation in 1970, Hay now lives in Maine. He is past president of Cape Cod Museum of Natural History and former Professor of Environmental Studies at Dartmouth College.
Reviews
“John Hay is one of the most respected and loved writers working today, both as a person and as a superb natural history writer. The paths that led to his professions of teacher and writer are revealed with charm and insight in this book that everyone who enjoys nature writing will cherish.” —Ann Zwinger
“Not since Sand Country Almanac and the author’s own In the Defense of Nature and The Immortal Wilderness have I read such a moving, fresh, and humble vision of the world as it could be if only we treated it as if it were really there.” —Robert Michael Pyle
“Hay’s beautiful memoir resonates with intelligence and insight.” —Booklist
© University of Nevada Press
Design by BDG