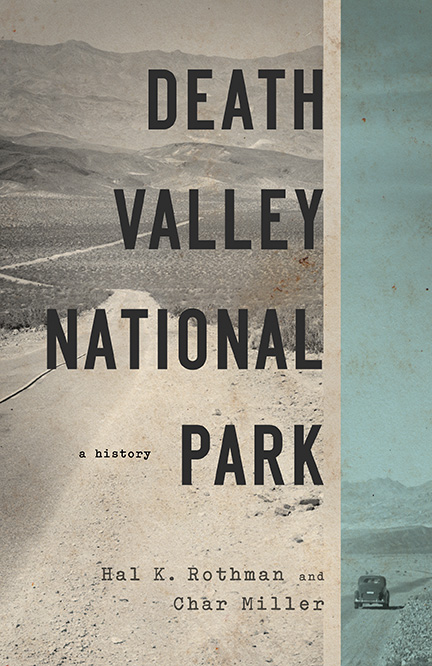 The first comprehensive study of the park, past and present, Death Valley National Park probes the environmental and human history of this most astonishing desert. Established as a national monument in 1933, Death Valley was an anomaly within the national park system. Though many who knew this landscape were convinced that its stark beauty should be preserved, to do so required a reconceptualization of what a park consists of, grassroots and national support for its creation, and a long and difficult political struggle to secure congressional sanction.

This history begins with a discussion of the physical setting, its geography and geology, and descriptions of the Timbisha, the first peoples to inhabit this tough and dangerous landscape. In the 19th-century and early 20th century, new arrivals came to exploit the mineral resources in the region and develop permanent agricultural and resort settlements. Although Death Valley was established as a National Monument in 1933, fear of the harsh desert precluded widespread acceptance by both the visiting public and its own administrative agency. As a result, Death Valley lacked both support and resources. This volume details the many debates over the park’s size, conflicts between miners, farmers, the military, and wilderness advocates, the treatment of the Timbisha, and the impact of tourists on its cultural and natural resources.

In time, Death Valley came to be seen as one of the great natural wonders of the United States, and was elevated to full national park status in 1994. The history of Death Valley National Park embodies the many tensions confronting American environmentalism.
Author Bio
Hal K. Rothman was Distinguished Professor of History at the University of Nevada, Las Vegas. His many previous works include Blazing Heritage: A History of Fire in the National Parks.

Char Miller is W. M. Keck Professor of Environmental Analysis at Pomona College. He is the author and editor of many previous books, including Cities and Nature in the American West.
Reviews
“The authors have done an admirable and thorough job of relating the valley’s history within the framework of Death Valley as a national park. The have made exhaustive use of primary and secondary resources, including records created by Death Valley National Monument/Park administrations. . . This is an important contribution to the larger body of environmental history of the American West.” —Nevada in the West
Nevada in the West
“With this book, Rothman and Miller provide a most welcome addition to the literature of Death Valley.” —Western Historical Quarterly
Western Historical Quarterly
“At 185 pages, it’s a compact but well-research story first written by noted UNLV history professor Rothman an recently updated by Pomona College environmental professor Miller. . . Death Valley National Park is destined to become dog-eared and reread, the fine dust of the mystical desert place itself sprinkling its pages.” —The Las Vegas Review Journal
Las Vegas Review Journal
"All readers of this useful book . . . will have a clear sense of the park’s contentious past, and likely agree with the authors’ conclusion that 'managing Death Valley National Park never has been nor ever will be simple.'" —Environmental History
Environmental History
© University of Nevada Press
Design by BDG