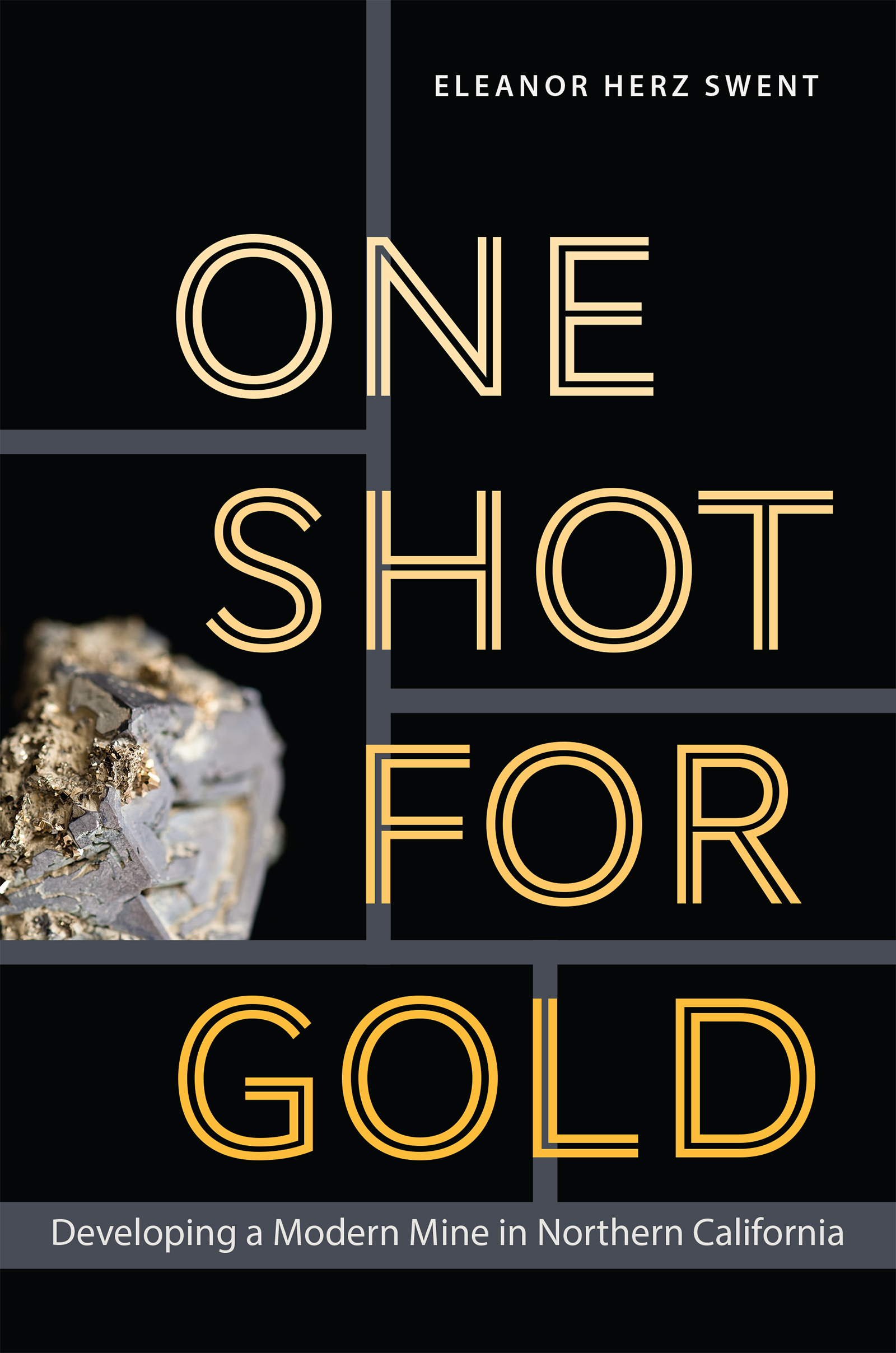 One Shot for Gold
Developing a Modern Mine in Northern California
$45.00

In 1978, a geologist working for the Homestake Mining Company discovered gold in a remote corner of California’s Napa County. This discovery led to the establishment of California’s most productive gold mine in the twentieth century. Named the McLaughlin Mine, it produced about 3.4 million ounces of gold between 1985 and 2002. The mine was also one of the first attempts at creating a new full-scale mine in California after the advent of environmental regulations and the first to use autoclaves to extract gold from ore.

One Shot for Gold traces the history of the McLaughlin Mine and how it transformed a community and an industry. This lively and detailed account is based largely on oral history interviews with a wide range of people associated with the mine, including Homestake executives, geologists, and engineers as well as local neighbors of the mine, officials from county governments, townspeople, and environmental activists. Their narratives— supported by thorough research into mining company documents, public records, newspaper accounts, and other materials—chronicle the mine from its very beginning to its eventual end and transformation into a designated nature reserve as part of the University of California Natural Reserve System.

A mine created at the end of the twentieth century was vastly different from the mines of the Gold Rush. New regulations and concerns about the environmental, economic, and social impacts of a large mine in this remote and largely rural region of the state-required decisions at many levels. One Shot for Gold offers an engaging and accessible account of a modern gold mine and how it managed to exist in balance with the environment and the human community around it.

Author Bio
Eleanor Herz Swent is a past president of the Mining History Association and winner of the Rodman Paul award for contributions to mining history. She was born and raised in Lead, South Dakota, home of the Homestake Mine, and lived for many years in mining communities. In conjunction with the University of California-Berkeley Oral History Center, she helped create an oral history series on western mining and was the sole interviewer for this book. She currently lives in Palo Alto, California.
Reviews

“When people think about gold mining in California, what comes to mind is surely not an open-pit mine on the edge of Napa County, a place known more for its vineyards than its minerals. In one of the first mining histories set almost entirely after 1980, Eleanor Swent’s One Shot for Gold covers the development, operation, and afterlife of the McLaughlin Mine, the last major gold mine operated by the famous Homestake Mining Company. . . .  It is rare for a mining history to dig up so much ground from so many perspectives.” —Brian Leech, associate professor of history, Augustana College, and author of The City That Ate Itself

“The Homestake Mining Company had many successes during its nearly 125-year history, and the McLaughlin Mine was one of its more noteworthy. With a strong commitment to environmental stewardship, community engagement, and technological advancement, the company set a high standard for modern gold mining. By relying on oral histories gathered as part of Berkeley’s Western Mining series, Eleanor Swent gives a fascinating account of the inception, development, and closing of California’s most productive Twentieth-Century gold mine.” —David A. Wolff, Ph.D., Professor Emeritus, Black Hills State University