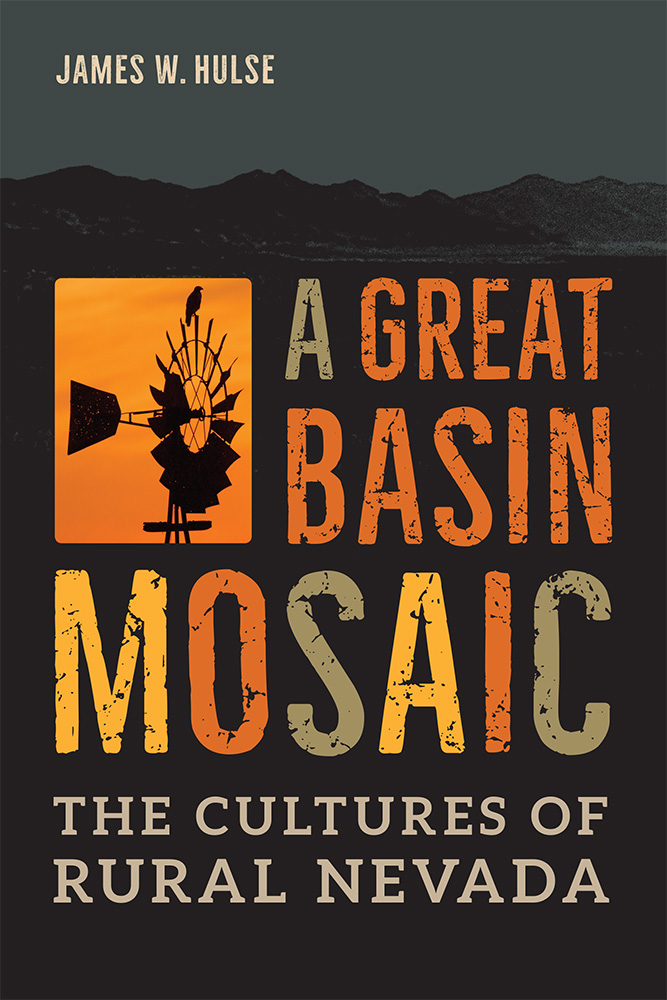 The Nevada of lesser-known cities, towns, and outposts deserve their separate chronicles, and here Hulse fills a wide gap. He contributes in a text rich with memories tramping through rural Nevada as a child, then as a journalist seeking news and gossip, then later as an academic historian and a parent trying to share the wonders of the high desert with his family. Nobody is more qualified to write about the cultural nuances of rural Nevada than Hulse, who retired after 35 years as a professor of history at University of Nevada, Reno.

Robert Laxalt wrote an article in National Geographic in 1974 entitled “The Other Nevada” in which he referred to “the Nevada that has been eclipsed by the tinsel trimmings of Las Vegas, the round-the-clock casinos, the ski slopes of the Sierra. It is a Nevada that few tourists see.” With this book Hulse reflects on Laxalt’s insights and shows changes—often slow-moving and incremental—that have occurred since then. Much of the terrain of rural Nevada has not changed at all, while others have adapted to technological revolutions of recent times. Hulse states that there is no single “other” Nevada, but several subcultures with distinct features. He offers a tour of sorts to what John Muir called the “bewildering abundance” of the Nevada landscape.

Author Bio
James W. Hulse was born in Pioche, NV and is truly a native son of Nevada. He was professor of history at University of Nevada, Reno from 1962-97. Author of many books on Nevada, he was inducted into the Nevada Writers Hall of Fame in 1997.
Reviews
“A comprehensive history of Nevada’s sagebrush heart.” ―Cyd McMullen, Professor Emeritus, Great Basin College
“This book is vintage James Hulse, a widely published Nevada author who has been at work in the field since the 1960s. His observations represent an authority who has immense and impressive knowledge about the state of Nevada. He has its diverse history and culture at his fingertips. His attention to rural Nevada brings forth subjects that are usually neglected in urban focused histories.” ―William D. Rowley, Professor Emeritus, University of Nevada, Reno
© University of Nevada Press
Design by BDG