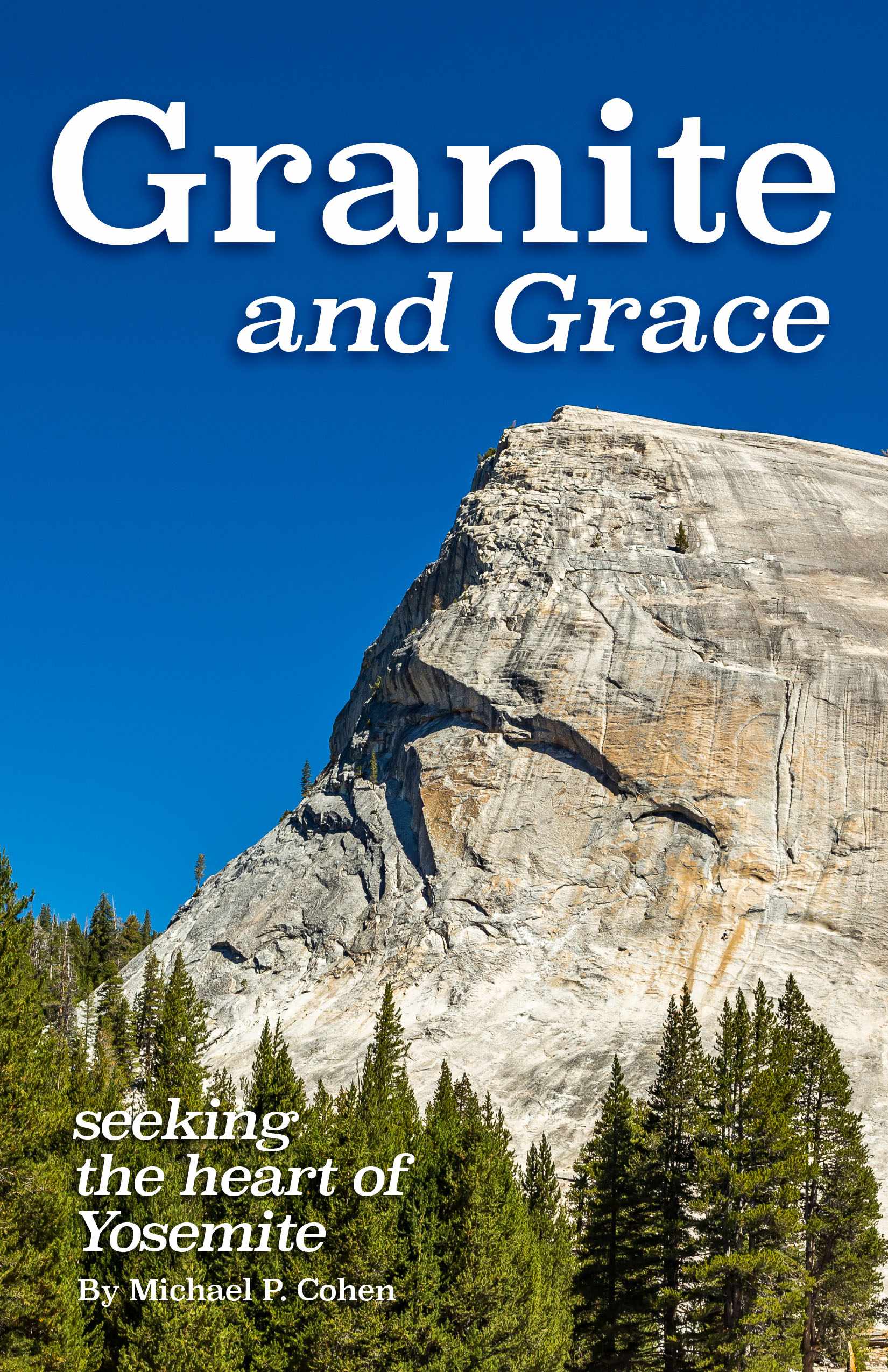 Granite and Grace
Seeking the Heart of Yosemite
$21.95

In Granite and Grace Michael Cohen reflects on a lifetime of climbing, walking, and pondering the granite in Yosemite National Park at Tuolumne Meadows. This high-country region of Yosemite is dominated by a young, beautifully glaciated geological formation known as the Tuolumne Intrusive Suite. It does not include familiar Yosemite icons like Half Dome, yet geologists describe this granitic realm at over 8,000 feet as “an iconic American landscape.”

Drawing together the humanistic and scientific significance of the wild landscapes he traverses, Michael uncovers relationships between people and places and meaning and substance, rendering this text part memoir—but also considerably more. On-the-rock encounters by hand and foot open up a dialogue between the heart of a philosopher and the mind of a geologist. Michael adds a literary softness to this hard landscape, blending excursions with exposition and literature with science. It is through his graceful representations that the geological becomes metaphorical, while the science turns mythological.

This high country, where in 1889 John Muir and Robert Underwood Johnson planned what would become Yosemite National Park, is significant for cultural as well as natural reasons. Discoursing on everything from Camus’s “Myths of Sisyphus” to the poems of Gary Snyder, Michael adds depth to an already splendorous landscape. Premier early geologists, such as François Matthes, shaped the language of Yosemite’s landscape. Even though Yosemite has changed over half a century, the rock has not. As Michael explores the beauty and grace of his familiar towering vistas, he demonstrates why, of the many aspects of the world to which one might get attached, the most secure is granite.
Author Bio
Michael P. Cohen is an award-winning author of several books including Tree Lines and A Garden of Bristlecones. Cohen, a rock climber and mountaineer, is a pioneer of first ascents in the Sierra Nevada and has been a professional mountain guide. He splits his time between Reno, Nevada, and June Lake, California. He first visited Tuolumne Meadows in 1955.
Reviews
“Cohen has produced an inimitable capstone to a scholarly career: a metamorphic anti-memoir…By situating his personal inquiry into human meaning on a substance—intrusive granite—that resists storytelling, Cohen takes a hard route to grace. A perfect book for mountain people who distrust easy answers to existential questions.”
Jared Farmer, author of Trees in Paradise: A California History
“Cohen melds his lifetime of serious literary reading with a lifetime of wandering on and among the granite of Tuolumne Meadows. To these exalted preoccupations add the soul of poet and the intellectual curiosity of a geologist. The result is not only intimate, but, as the title promises, full of grace.”
David Stevenson, author of Warnings Against Myself: Meditations on a Life in Climbing
© University of Nevada Press
Design by BDG