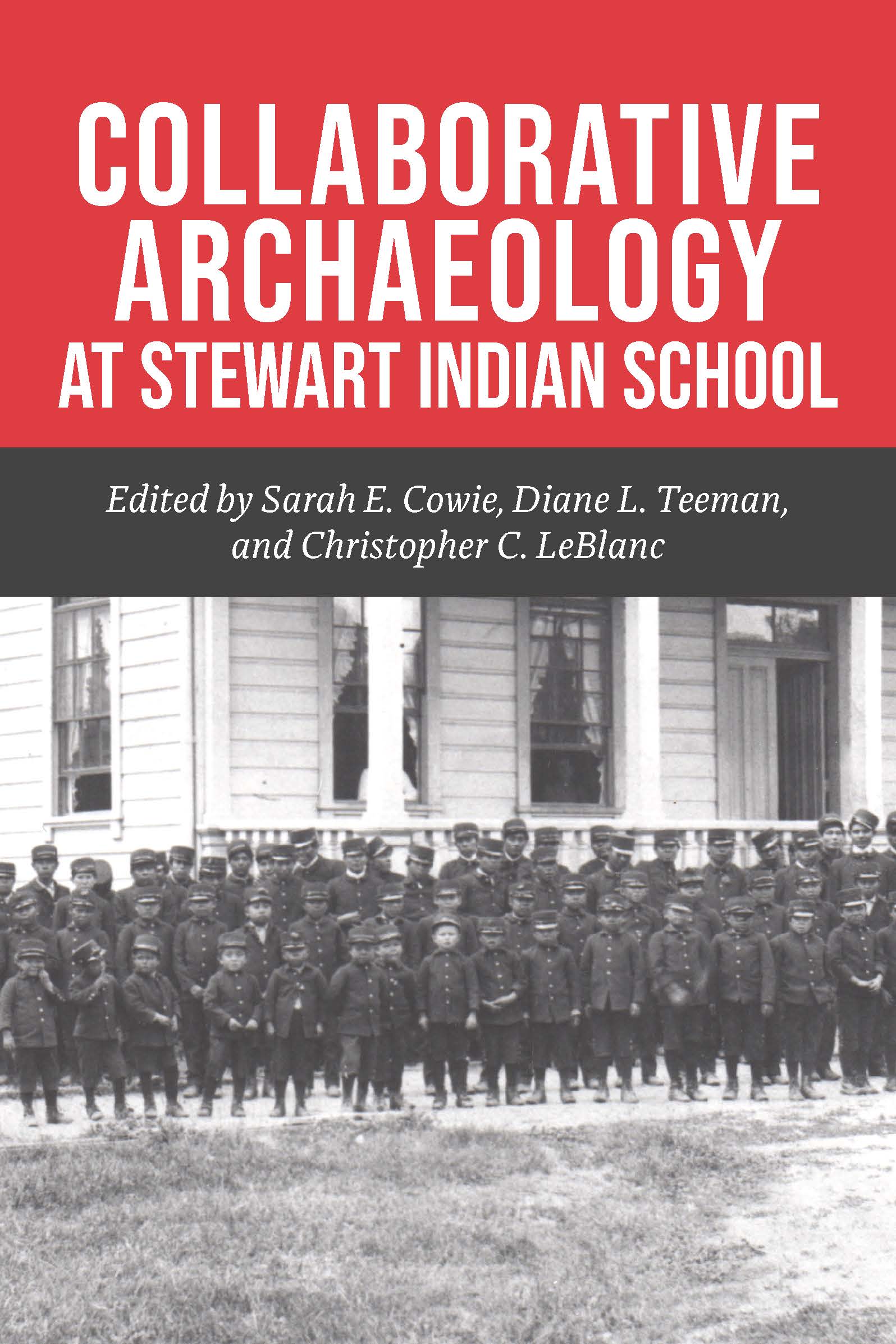 Winner of the 2019 Mark E. Mack Community Engagement Award from the Society for Historical Archaeology, the collaborative archaeology project at the former Stewart Indian School documents the archaeology and history of a heritage project at a boarding school for American Indian children in the Western United States. In Collaborative Archaeology at Stewart Indian School, the team’s collective efforts shed light on the children’s education, foodways, entertainment, health, and resilience in the face of the U.S. government’s attempt to forcibly assimilate Native populations at the turn of the twentieth century, as well as school life in later years after reforms.

This edited volume addresses the theory, methods, and outcomes of collaborative archaeology conducted at the Stewart Indian School site and is a genuine collective effort between archaeologists, former students of the school, and other tribal members. With more than twenty contributing authors from the University of Nevada, Reno, Nevada Indian Commission, Washoe Tribal Historic Preservation Office, and members of Washoe, Paiute, and Shoshone tribes, this rich case study is strongly influenced by previous work in collaborative and Indigenous archaeologies. It elaborates on those efforts by applying concepts of governmentality (legal instruments and practices that constrain and enable decisions, in this case, regarding the management of historical populations and modern heritage resources) as well as social capital (valued relations with others, in this case, between Native and non-Native stakeholders).

As told through the trials, errors, shared experiences, sobering memories, and stunning accomplishments of a group of students, archaeologists, and tribal members, this rare gem humanizes archaeological method and theory and bolsters collaborative archaeological research.
Author Bio
Sarah E. Cowie is an author and associate professor of anthropology at the University of Nevada, Reno. Her research in archaeology has received recognitions from the Society for Historical Archaeology, the National Academy of Sciences, and the United States government.

Christopher C. LeBlanc is a heritage consultant at the University of Nevada, Reno and has over twenty years of experience in the fields of cultural and heritage resource management. He is currently working as a crew chief and archaeological technician in Reno, Nevada.
Reviews
This work documents the collaborative approach to doing archaeology at the Stewart Indian School near Carson City, Nevada. The research benefited from true collaboration between archaeologists, tribal members, and former students of the school.”
Joe Watkins, president of the Society for American Archaeology (2019-2021) and senior consultant at Archaeological and Cultural Education Consultants
Cowie and co-authors advance an engaging and inspiring new approach to method and theory in North American archaeology. Collaborative Archaeology at Stewart Indian School represents the epitome of thoughtful, community-engaged, culturally sensitive, and rigorous archaeological research and it breaks new ground in terms of advocating for—and adhering to—a collaborative ethic from day one to publication and at all steps in between.
Tsim Schneider, Assistant Professor of Anthropology, University of California, Santa Cruz
© University of Nevada Press
Design by BDG