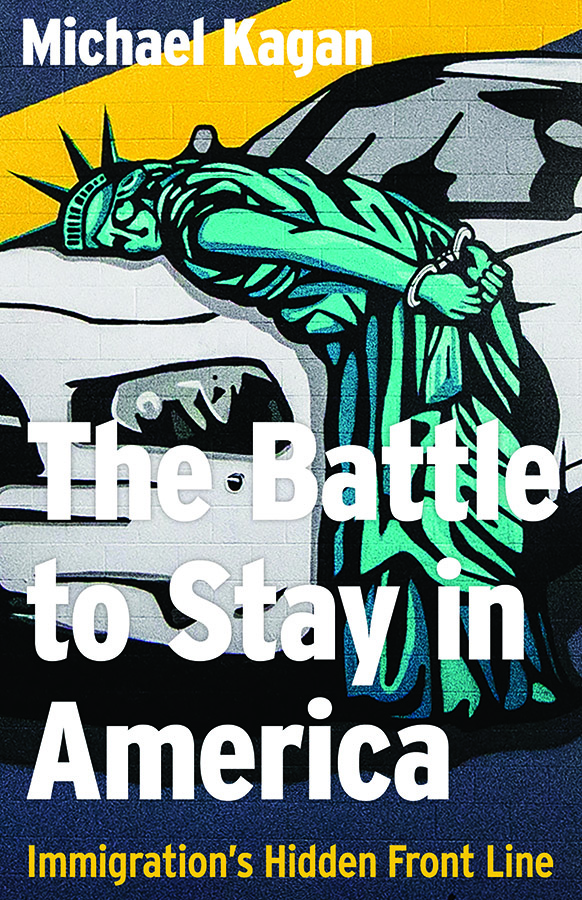 The national debate over American immigration policy has obsessed politicians and disrupted the lives of millions of people for decades. The Battle to Stay in America focuses on Las Vegas, Nevada–a city where more than one in five residents was born in a foreign country, and where the community is struggling to defend itself against the federal government’s crackdown on undocumented immigrants. Told through the eyes of an immigration lawyer on the front lines of that battle, this book offers an accessible, intensely personal introduction to a broken legal system. It is also a raw, honest story of exhaustion, perseverance, and solidarity. Michael Kagan describes how current immigration law affects real people’s lives and introduces us to some remarkable individuals—immigrants and activists—who grapple with its complications every day. He explains how American immigration law often gives good people no recourse. He shows how under President Trump the complex bureaucracies that administer immigration law have been re-engineered to carry out a relentless but often invisible attack against people and families who are integral to American communities.

Kagan tells the stories of people desperate to escape unspeakable violence in their homeland, children separated from their families and trapped in a tangle of administrative regulations, and hardworking long-time residents suddenly ripped from their productive lives when they fall unwittingly into the clutches of the immigration enforcement system. He considers how the crackdown on immigrants negatively impacts the national economy and offers a deeply considered assessment of the future of immigration policy in the United States. Kagan also captures the psychological costs exacted by fear of deportation and by increasingly overt expressions of hatred against immigrants.

Author Bio
Michael Kagan is the director of the UNLV Immigration Clinic, which defends children and families fighting deportation in Las Vegas, and also Joyce Mack Professor of Law at the University of Nevada, Las Vegas. He was a plaintiff in one of the lawsuits that prevented the Trump Administration from adding a question about citizenship to the 2020 census. He has written for the Washington Post, Salon.com, and the Daily Beast and is a leading national scholar of immigration and refugee law.
Reviews
Kagan showcases his first book with a bang, combining the changes in our country nationally with the way immigration has unfolded in his community.
Shoba Sivaprasad Wadhia, author of Banned: Immigration Enforcement in the Time of Trump

Converts headlines into personal tales of struggles to circumvent and survive immigration policing in the modern era. … That’s a story that should be told, and Kagan does it remarkably well.